My love for horses has been with me since I was a child, a love which was influenced by family traditions related to these animals and agriculture. Therefore, it was a natural step to choose studies at the Faculty of Agriculture at the Warsaw University of Life Sciences, which I graduated from in 1984. 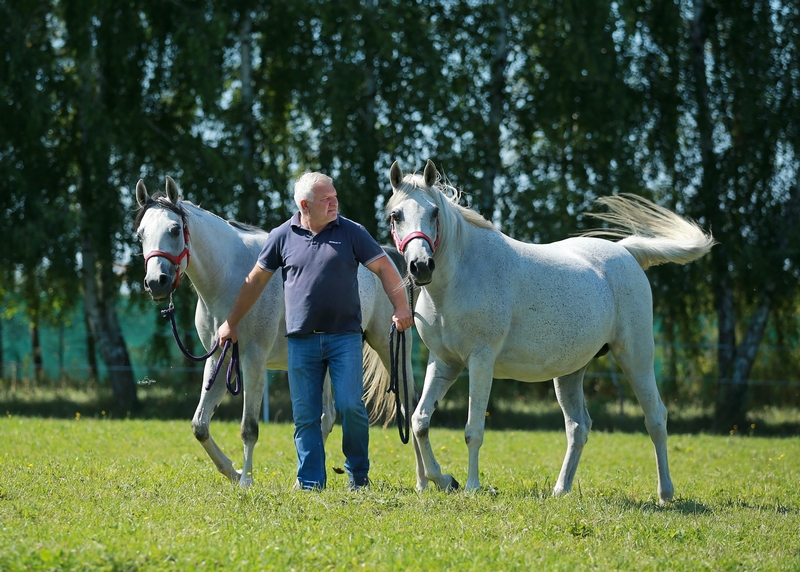 The event that marked the beginning of our breeding was the purchase of the first purebred Arabian mare at the autumn auction in Janów Podlaski in 1990. For a long time I was fascinated by the legendary figure of Juliusz Dzieduszycki, who in 1845 brought a group of purebred horses to Poland, including three mares: Gazella, Mlecha and Sahara – the founders of significant damlines active in breeding to this day. I was especially interested in the Mlecha damline from which the famous Bandola, Bandos, Banat and Bask originated. For this reason, the first purchased mare was Cecha (Palas – Cena by Banat) bred by Janów Podlaski, originating directly from Mlecha, and whose dam was additionally a daughter of the above-mentioned stallion Banat, also from the same damline. Cecha gave birth to five daughters, of whom Certoza (by Set) and Cesia (by Pers) were used in breeding. Eventually the damline was extended by Cesia, from which all our broodmothers now come – Cejhyra, Celineczka, Cedunia and Cernike. Today, our stud is one of the oldest private breedings in Poland, and it is remarkable that it comes entirely from one mare – the mare Cecha purchased 30 years ago in Janów Podlaski.

Although the breeding of purebred Arabian horses was initially supposed to be only a hobby, it soon turned out that the ambitious and brave horses from this damline are also successful in sport. The stallions Cekur (by Amarant) and Cerwing (by Nougatin) are winners of the Kabaret Stakes, the filly Cedunia (by Nougatin) triumphed in the Europejczyk Stakes, and the stallions Celebryta (by Von) and Cesihus (by Avangard) took second place in the Derby, the most important race in every horse’s career. The bravery of our horses manifested itself not only on the racetrack, but also in even more demanding long-distance rallies. The stallion Cert (by Balon) is the Polish National Senior Endurance Champion and the winner of the international CEI 160 km endurance ride, the stallion Cesihus (by Avangard) is the Polish National Junior and Young Rider Endurance Champion over 120 km, and Cesigrom (by Avangard) has completed 120 km and 160 km endurance rides. In 2011, the Polish Arabian Horse Breeders Association awarded our breeding with a distinction in endurance for the achievements of Cesihus.

Our horses are not only athletic, but also exude the perfect Polish type. An example of this is Cejhyra‘s (by Avangard) class top five place during the Polish National Arabian Horse Show, in the most difficult category of senior mares.

Races, endurance and shows – horses from our stud are successful in various disciplines. It was this versatility of the Arabian horse that Dzieduszycki admired when he brought Mlecha to Poland 175 years ago, whose descendants we have the honor to breed today.

However, the above achievements are not only my accomplishment. My wife Anna also comes from a family where the passion for horses has been passed down from generation to generation, which is why she supported my ideas from the very beginning and had a valuable contribution to breeding work. For 4 years now my son Paweł has been training horses at the Warsaw Racecourse at Służewiec. In this short period of time he has already managed to achieve great success with the stallion Celebryta, who finished second in the Derby. My daughter Karolina is also involved in our breeding, and she has been helping with the care of our horses since she was a child. All the successes are the effect of our joint work. 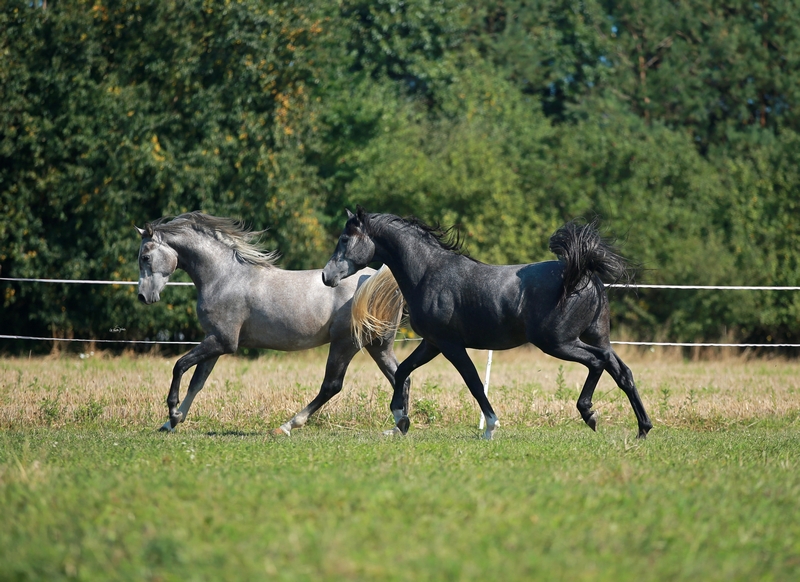